Einstein said “If the bee disappears from the surface of the earth, man would have no more than four years to live.” From 2006, mystery bees disappearances sweeping all over the world. Without a trace, something is causing bees to vanish by the thousands. A mysterious and widespread phenomenon appear: Colony collapse disorder (CCD) in which worker bees from a beehive or honey bee colony abruptly disappear.

This animation is based on the fact mention above and a supposition of our future world. What if our world no more bees alive; it may cause no plants lived and no fresh air produced. At that time, people have to wear a oxygen suit to keep alive. 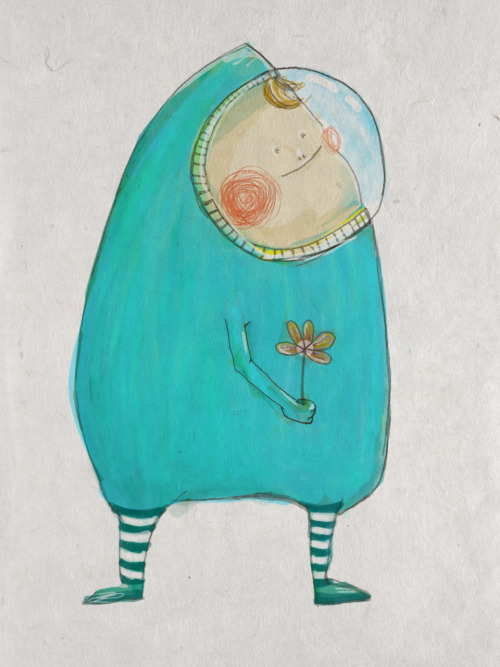 Sketch for the character

Oh Give Me Strength
Be BLOOM studio Business card